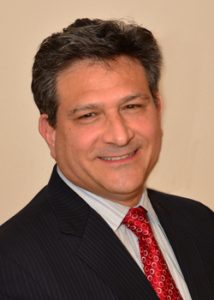 He has been licensed to practice law since November 16, 1987, when he was sworn in by Ohio Supreme Court Chief Justice Thomas J. Moyer at the Ohio Theater in Columbus.

He has been a practicing attorney since his admission with emphasis in litigation, probate, contract negotiations, personal injury claims, automobile accidents, estate planning (estate administration, guardianships, trusts, trust administration and juvenile).  He is presently a County Court Judge with the Third District Court in Dillonvale and has been a part time Judge since March 1991.

He was admitted to United States District Court for the Southern District of Ohio on July 6, 1989.

Call Scarpone Law Offices today for a no-obligation, confidential discussion about your legal needs and we'll do everything in our power to serve you!

We look forward to helping you solve your legal issues with compassion and understanding.